We, the English class of q11-6 went to Munich by train to meet the general consul of the USA on 9 April. Mr Ruckdäschel organized the trip to the event called “Donuts and Tea”. Mrs Schweiger was so kind as to accompany us. When we arrived in Munich we had two hours for free disposal to do some sightseeing. Of course we were exemplary and didn’t go to McDonald’s or shopping. 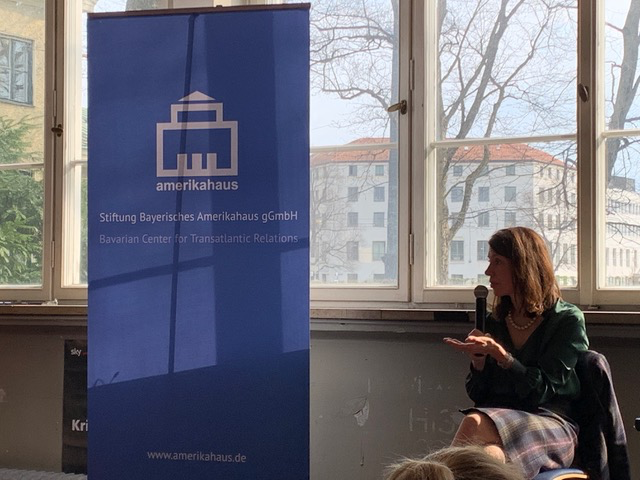 At four pm the lecture of the consul started with drinks and donuts in the Amerikahaus. The general consul, Meghan Gregonis told us about personal experiences she has made during her service as a career diplomat. After that we had the possibility to ask questions. She gave further explanations about political processes but also told us about her private life as a diplomat in foreign countries. She even answered precisely and remained politically correct when it came to such difficult questions like those related to president Trump.

She also told us her personal view, which is primarily based on the belief in democratic processes, as far as possible. When Mrs Gregonis had to leave, consul Ibelli took over and answered the remaining questions.

After the lecture finished at 5:30 pm, we had the chance to talk to Stephen Ibelli personally. Then Mrs Schweiger took a group picture before we ran back to the train station.

It was an experience worth repeating! 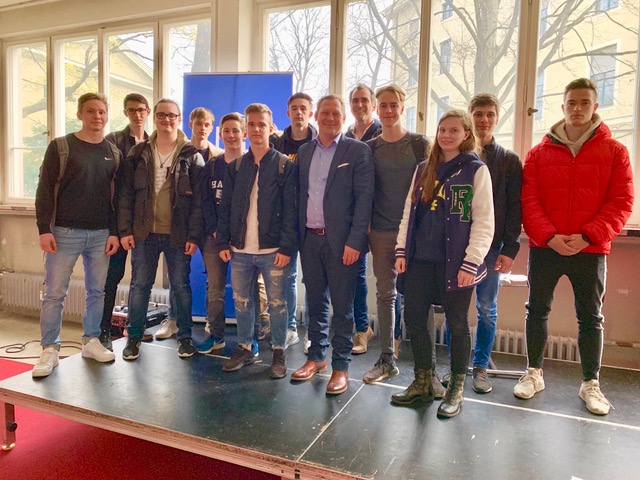